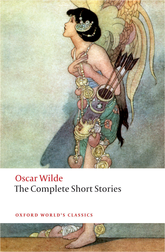 ‘Wilde did not converse - he told tales.’ Oscar Wilde was already famous as a brilliant wit and raconteur when he first began to publish his short stories in the late 1880s. They have never lacked readers and admirers, George Orwell and W. B. Yeats among them. The stories give free rein to Wilde's originality, literary skill, and sophistication. They include poignant fairy-tales such as ‘The Happy Prince’ and ‘The Selfish Giant’, and the extravagant comedy and social observation of ‘Lord Arthur Savile's Crime’ and ‘The Canterville Ghost’. They also encompass the daring narrative experiments of ‘The Portrait of Mr. W. H.’, Wilde's fictional investigation into the identity of the dedicatee of Shakespeare's sonnets, and the ‘Poems in Prose’, based on the Gospel stories. This edition demonstrates the centrality of Wilde's shorter fiction in his literary career, and his continuing development and experimentation with the short story format. Combining myth, romance, and irony, Wilde's stories enthral and challenge the reader. ABOUT THE SERIES: For over 100 years Oxford World's Classics has made available the widest range of literature from around the globe. Each affordable volume reflects Oxford's commitment to scholarship, providing the most accurate text plus a wealth of other valuable features, including expert introductions by leading authorities, helpful notes to clarify the text, up-to-date bibliographies for further study, and much more.