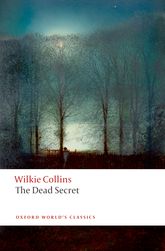 Wilkie Collins  and Ira B. Nadel