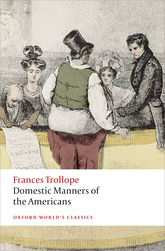 Frances Trollope  and Elsie B. Michie